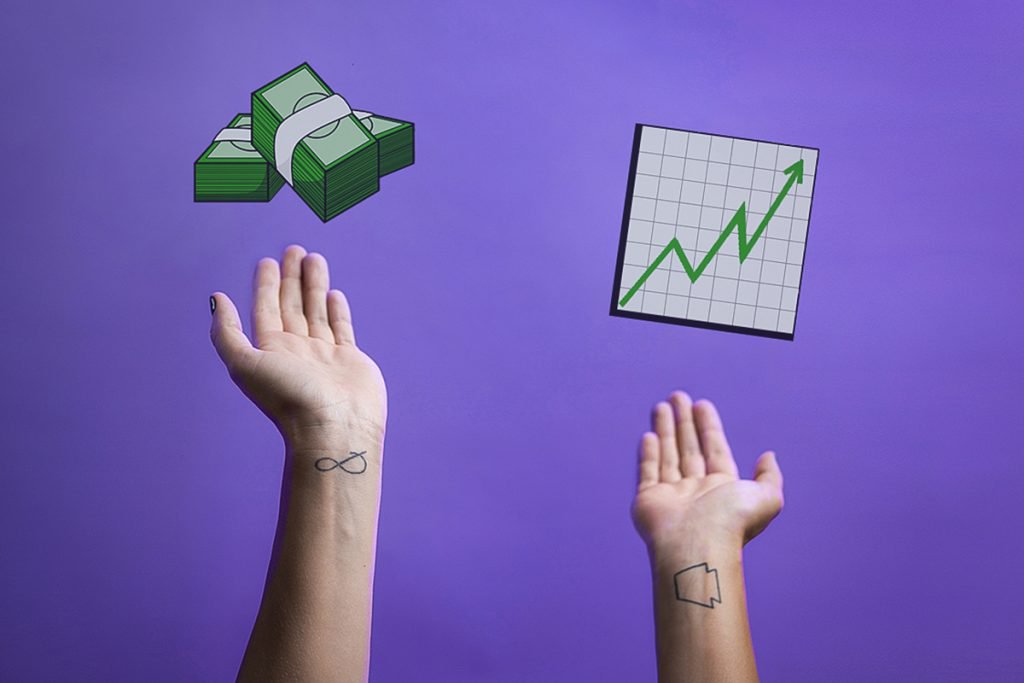 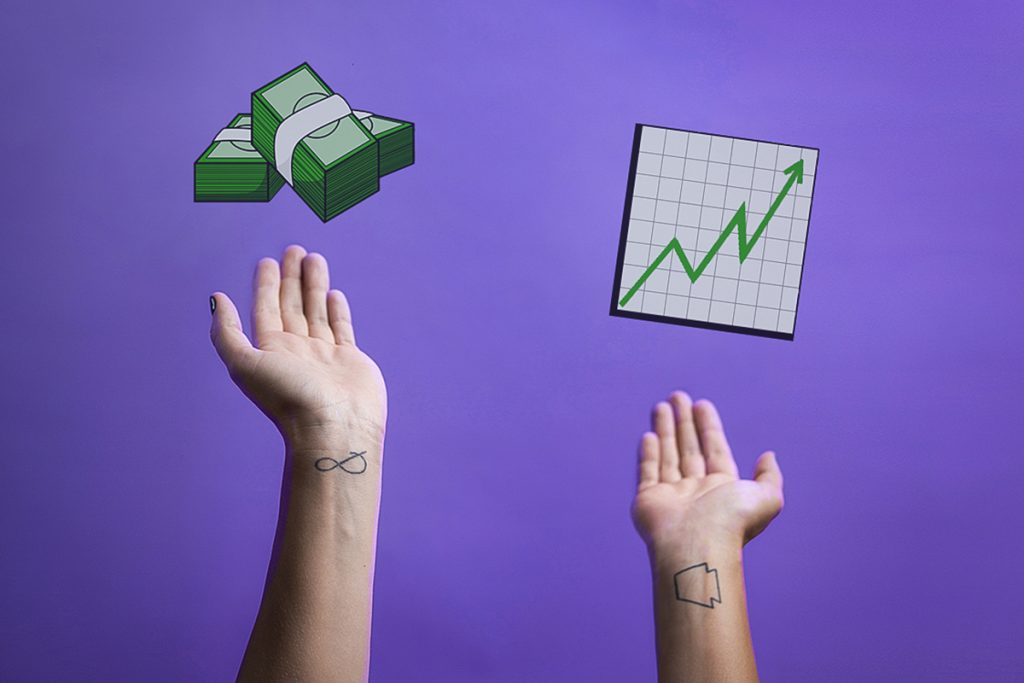 The age-old question: Should you prioritize paying off debt or investing?

Or, if you’re ambitiously trying to do both: To what extent should you prioritize each?

The answer isn’t the same for everyone. It’s easy from the outside to say, “Don’t invest until you’re debt-free.” Or, “The market has higher returns than your loan interest, so why would you pay it off?”

However, it comes down to what you feel comfortable with. (I know — lame answer, right?)

But if you’re a numbers person — and because my editor won’t let me end this post right here — let’s dive into some specific figures to help you decide whether to prioritize investing while paying off debt.

Should You Pay Off Debt or Invest?

There are a lot of factors to consider: interest rates, amount of debt, income, expenses, etc.

But to put money toward either, you must have a surplus after your monthly expenses that you can put toward retirement or debt.

The quickest way to do that is to lower your expenses and/or increase your income. But even after that, people will have differing surpluses based on where they live, their life situations, etc.

Someone who has enough surplus to pay off $50,000 in two years should think about investing differently than someone who plans to take 10 years to pay it off.

Adam has a sizable surplus. He plans pay off $50,000 in two years with the help of his wife’s income, side hustling and cutting back expenses.

Why Adam Might Want to Invest While Paying Off Debt

If Adam sticks with his plan to put his entire surplus toward paying off his debt rather than investing, he’ll make 24 payments of about $2,226 and pay just over $3,400 in interest.

Even though he’ll pay an extra $1,000 in interest, because Adam is paying off his loans so fast,  taking advantage of some investing while paying off his debt would net him an extra $90,000 in the long run.

… but Sharon Should Focus on Getting Rid of Debt

Of course, no financial situations will be the same as Adam and Sharon’s are.

The most valuable lesson from these scenarios is that you have to run the numbers for your own situation.

You might not stick with the strategy you begin with. If you’re not investing, you might spend a few months refining your budget and getting used to going out less. Maybe you’ll then find that you have extra money to invest or that you can pay off your debt much quicker than you anticipated.

Alternatively, you might invest for a while and then encounter something that cuts your income. So it might make sense to take a break from investing in the short term.

As a rule of thumb, if you can max out an IRA and still be debt-free in four years or less, it may be worth paying a little extra in interest to start investing. If your budget is too tight, or your interest rates are hovering at or above the average rate of return we use to calculate retirement savings — 6%-8% — then don’t stress about your IRA.

But remember: As long as you’re doing wise things like saving, paying off debt and investing, you’re already on the right track.

This article contains general information and explains options you may have, but it is not intended to be investment advice or a personal recommendation. We can’t personalize articles for our readers, so your situation may vary from the one discussed here. Please seek a licensed professional for tax advice, legal advice, financial planning advice or investment advice.

Jen Smith is a staff writer at The Penny Hoarder. She and her husband paid off $78,000 of debt in less than two years on two less-than-average salaries. She gives money saving and debt payoff tips on Instagram at @modernfrugality.