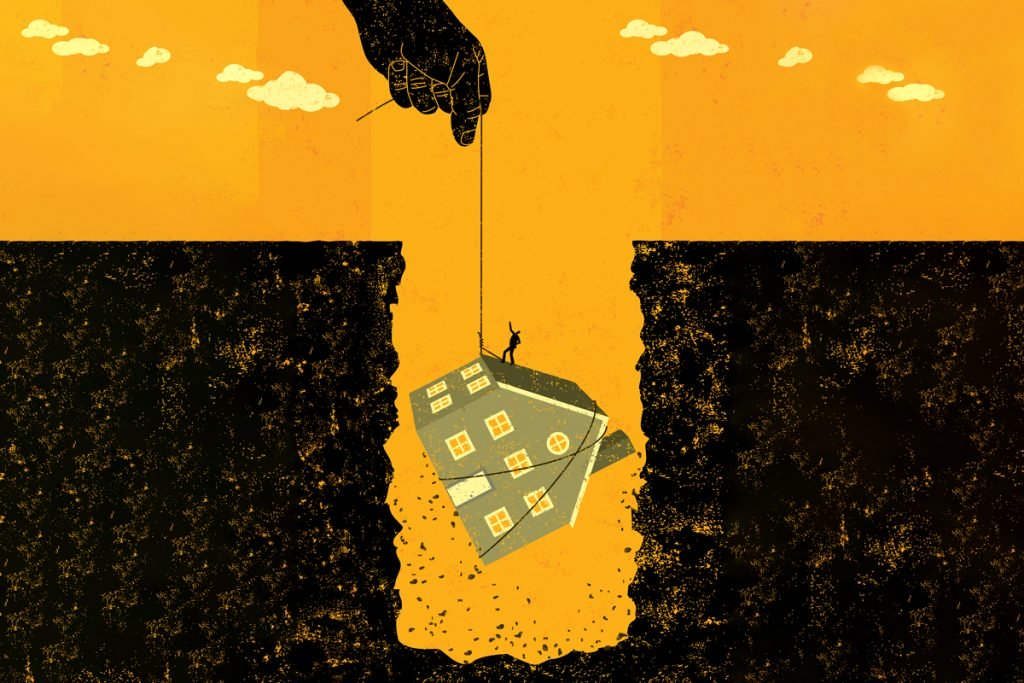 If you’re worried about keeping a roof over your head in this time of coronavirus-induced uncertainty, help is available.

But there’s a catch: You have to ask for it.

Many lenders are offering relief right now, but you need to call the lender to be able to take advantage of it, says Mary Bell Carlson, a Ph.D, CFP and AFC known as the Chief Financial Mom.

“I think a lot of people tend to put their head in the sand like an ostrich and ignore the situation around them,” said Carlson, who is also a member of the Association for Financial Counseling & Planning Education. “It’s always better to reach out beforehand and before things get worse.”

What Types of Mortgage Relief Are Available?

In short, the relief depends on who services your mortgage. Some financial institutions are allowing borrowers to defer mortgage payments for one to three months.

This allows you to skip payments for now without late fees, penalties or a negative mark on your credit score. However, you will need to pay the money eventually.

Carlson gives the example of a monthly mortgage payment of $2,000, where a three-month deferral would equate to $6,000.

“I think a lot of people tend to put their head in the sand like an ostrich and ignore the situation around them. It’s always better to reach out beforehand and before things get worse.”

“I don’t anticipate most servicers are expecting a $6,000 payment three months from now,” Carlson said. “What I am expecting is that they’re going to tack that on at the end of your mortgage. They’re not going to knock down the price or pretend that you made payments.”

Depending on the lender, you may still accrue interest, but you won’t face late fees or reporting to credit agencies. Carlson says you should make sure to clarify that with your lender.

How to Get Mortgage Relief

To get relief, you must ask for it. If you don’t ask for relief and simply decide to not pay, lenders may still turn accounts over to collection agencies and assess penalties, even though foreclosures and evictions have been temporarily halted.

Some lenders take people at their word when they say they will be unable to pay, but you might need to provide proof you’ve lost your job or had hours reduced, so be prepared.

However, Carlson says don’t stress about it.

“I don’t want that issue of needing to provide somebody with some sort of paperwork to stop people from calling,” she said. “The most important thing they can do is just pick up the phone and call instead of worrying about having to get something to show and prove anything.”

When you call, be ready to wait. Hold times can be lengthy.

When calling your mortgage lender, Carlson recommends asking these questions:

Since most people put money into escrow and have the mortgage company pay some bills on their behalf, not making those monthly payments could pose a problem.

Carlson says borrowers should check with their lenders to make sure everything stays current.

“You don’t want your insurance to lapse because of non-payment, and taxes are still going to be due at the same time every year,” she said.

Make Sure to Pay Your Secured Debt First

Carlson recommends first paying your secured debt, like your mortgage or car payments, and then tackling unsecured debt like credit cards.

“[Lenders] can foreclose on you after non-payment for a specific amount of time,” she said. “If you choose to ignore your payments and don’t do anything proactively, they have every right in the world to take back that house if you’re not making payments on it.”

Should You Seek Mortgage Relief?

“If you’re feeling any kind of financial stress or anxiety around being able to make payments, absolutely reach out and get help now instead of waiting,” Carlson advised.

But if you can pay, Carlson recommends doing so.

“If you’re able to pay your mortgage, if you’re still having income come in and this is not a time of crisis for you personally, absolutely pay your mortgage and other secured debt because [it will] keep you on schedule to pay it off,” she said.

Carlson emphasizes that borrowers should not see this as a way of getting out of mortgage payments, but instead a way to buy some time when they are unable to pay.

“What it is doing is allowing for people who can’t pay right now to have some relief and not get bombarded by poor credit scores, high late fees, and other costs,” she said.

Tiffani Sherman is a contributor to The Penny Hoarder.