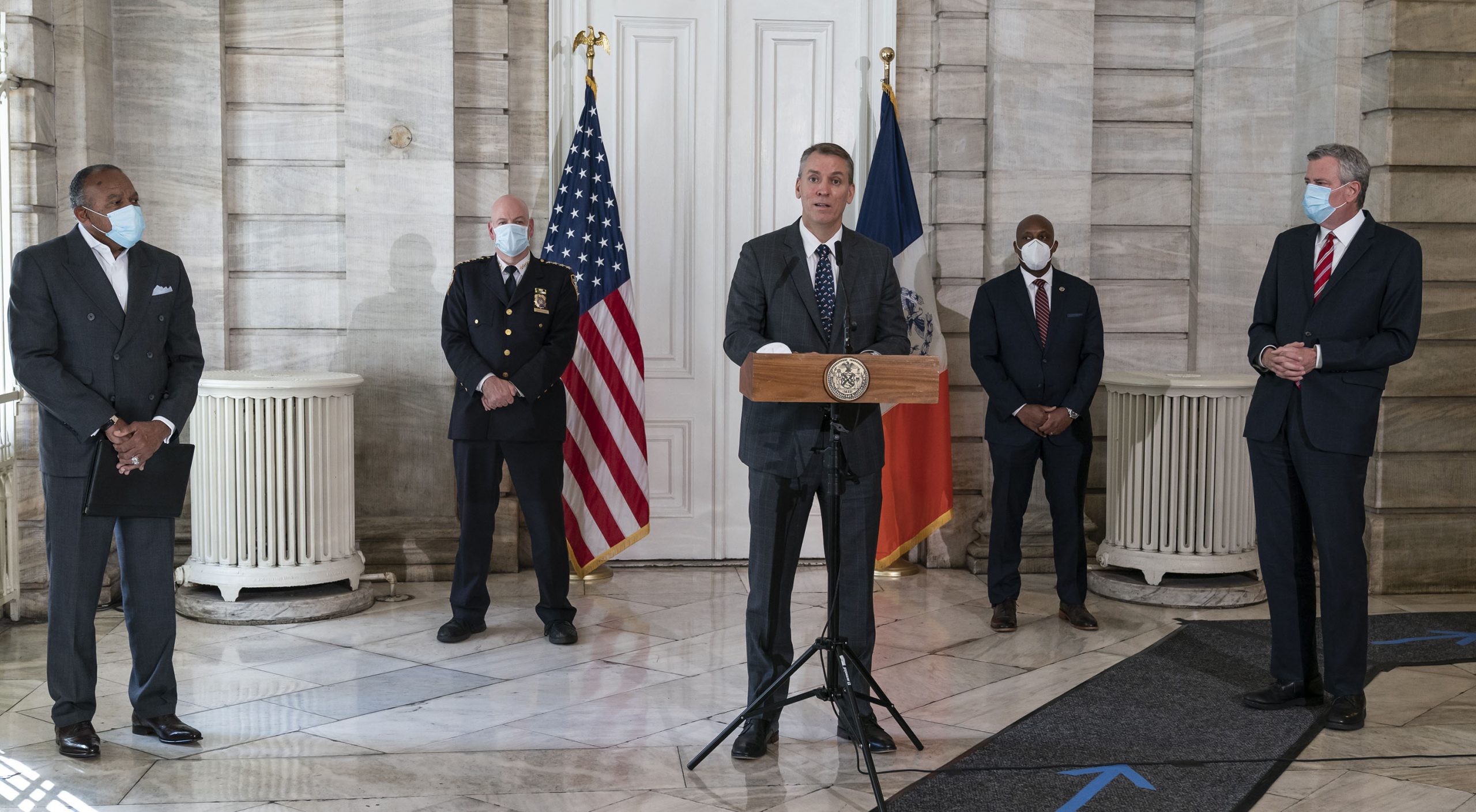 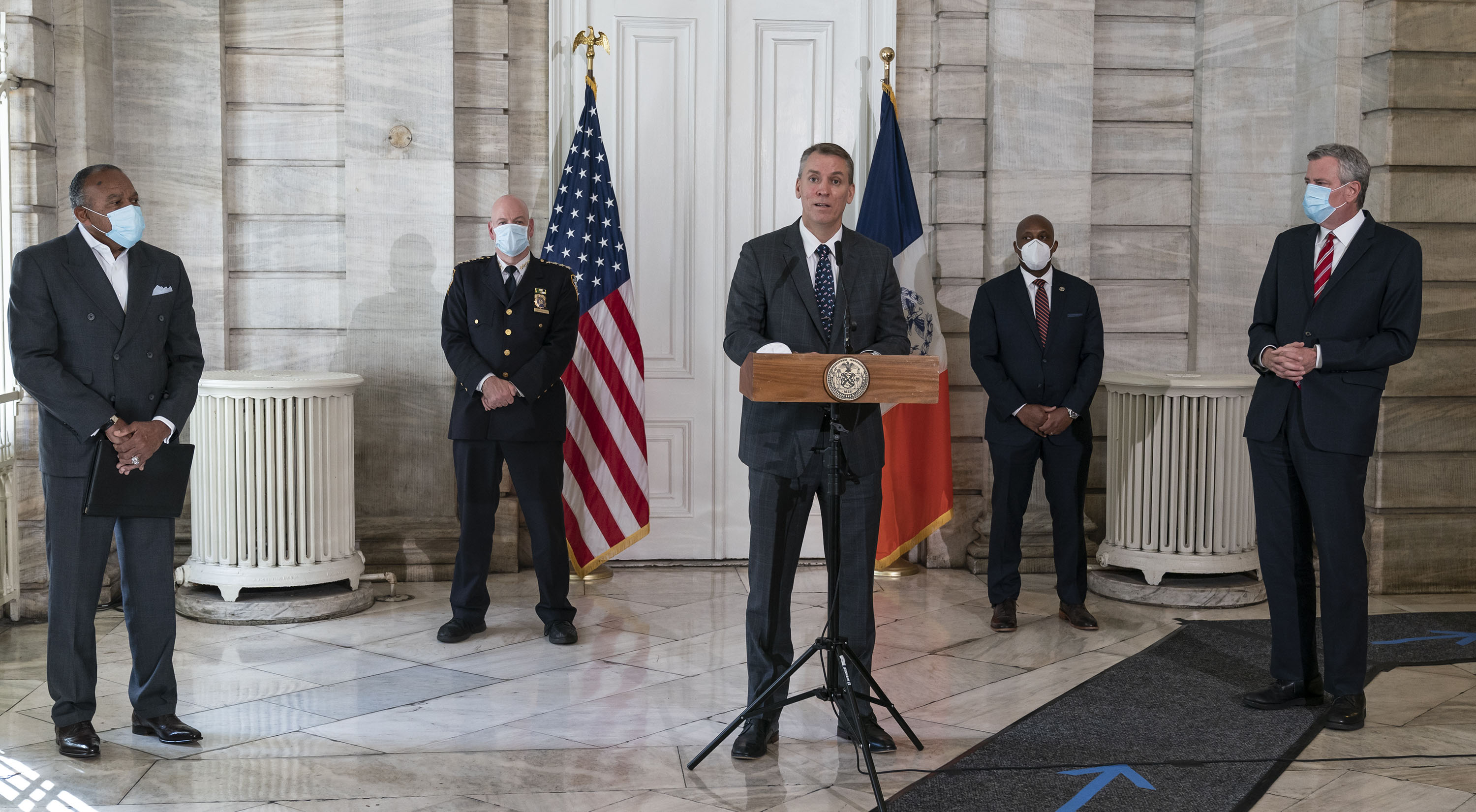 Police Commissioner Dermot Shea speaks during a media briefing ahead of scheduled protest against the killing of George Floyd on May 29 in New York. Lev Radin/Pacific Press/LightRocket/Getty Images

New York City Police Commissioner Dermot Shea joined CNN’s Don Lemon to discuss the protests in the city and around the nation.

When asked about the case of an office charged for shoving a woman to the ground, Shea said that “officers that do not uphold the standards that we set have to be held accountable.”

Regarding a report in The New York Times that as many as 40 more officers could be charged, Shea said he did not know how the Times got that number and believes the number of officers charged will be “very small.”

“We’ve had good news the last couple of days, very calm and peaceful demonstrations. We’re looking for that to continue,” he said.

Shea on defunding the police: Shea said he believes that law enforcement is not the problem, but rather should be part of the solution. However, he warned that dismissing the concerns or fears of others — including those of black mothers who worry about their children being shot and killed by police — is a ” big mistake.”

When asked about the growing movement to defund the police, Shea said he believes people should acknowledge “the unprecedented time we’re in” with respect to how the pandemic has affected the economy.

“Everyone is going to have to tighten their belts including the New York Police Department,” he said.

Still, Shea told CNN’s Don Lemon he is committed to “taking some money out of the NYPD budget if it can be used to restore programs for kids. I think that’s crime fighting.

“It’s by far the best use of our money and resources. I view that separately, Don, than this defund the police movement, which is a greater conversation and to be honest I don’t know that many people speak the same language here in terms of what it actually means.
I think that law enforcement is part of the solution. I would go a little stronger than you. You said they can be. I think they are. We’re not perfect, but we are out there. Listen, this is such a complicated issue. We have to do a better job of making sure that the people we are striving to protect do not feel alienated.