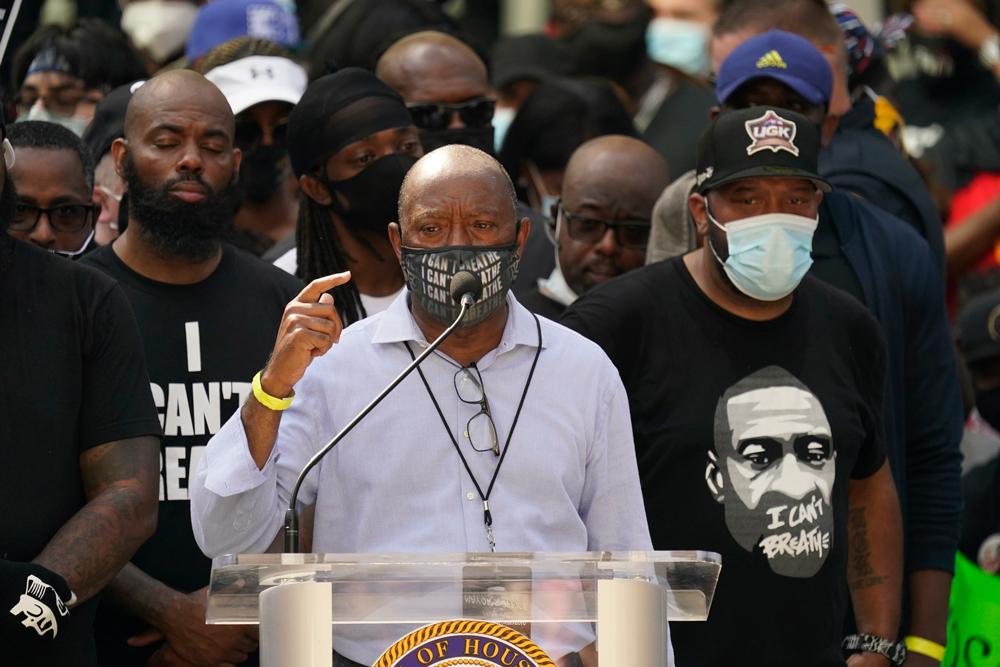 The mayor of Houston, Texas, Sylvester Turner, said Wednesday that he is considering implementing a face mask order.

“You maybe bored of the virus, but the virus is not bored of you,” Turner said.

The Houston Health Department is reporting at least 10,507 positive cases of coronavirus and approximately 169 deaths since the pandemic began, Turner said.

The mayor said the Greater Houston partnership, which is a coalition of Houston-area business owners, supports the idea of a mask order that would require employees and customers to wear face masks.

Turner said he spoke briefly to Harris County Judge Lina Hidalgo today about the possibility of an order, but said he doesn’t anticipate any moves to happen immediately.

He added that even if a face mask order was issued, he would not require jail time for violators.

“We want people to be able to go back to school for example in the fall and to engage in other activities and functions during the fall. But in order for that to happen, how we handle the summer is going to be critically important,” he said.

Dr. David Persse with the Houston Health Department said he is concerned with the recent uptick in emergency room visits in Houston.

Both Dr. Persse and Turner believe the recent uptick is due to younger people going to clubs and restaurants.