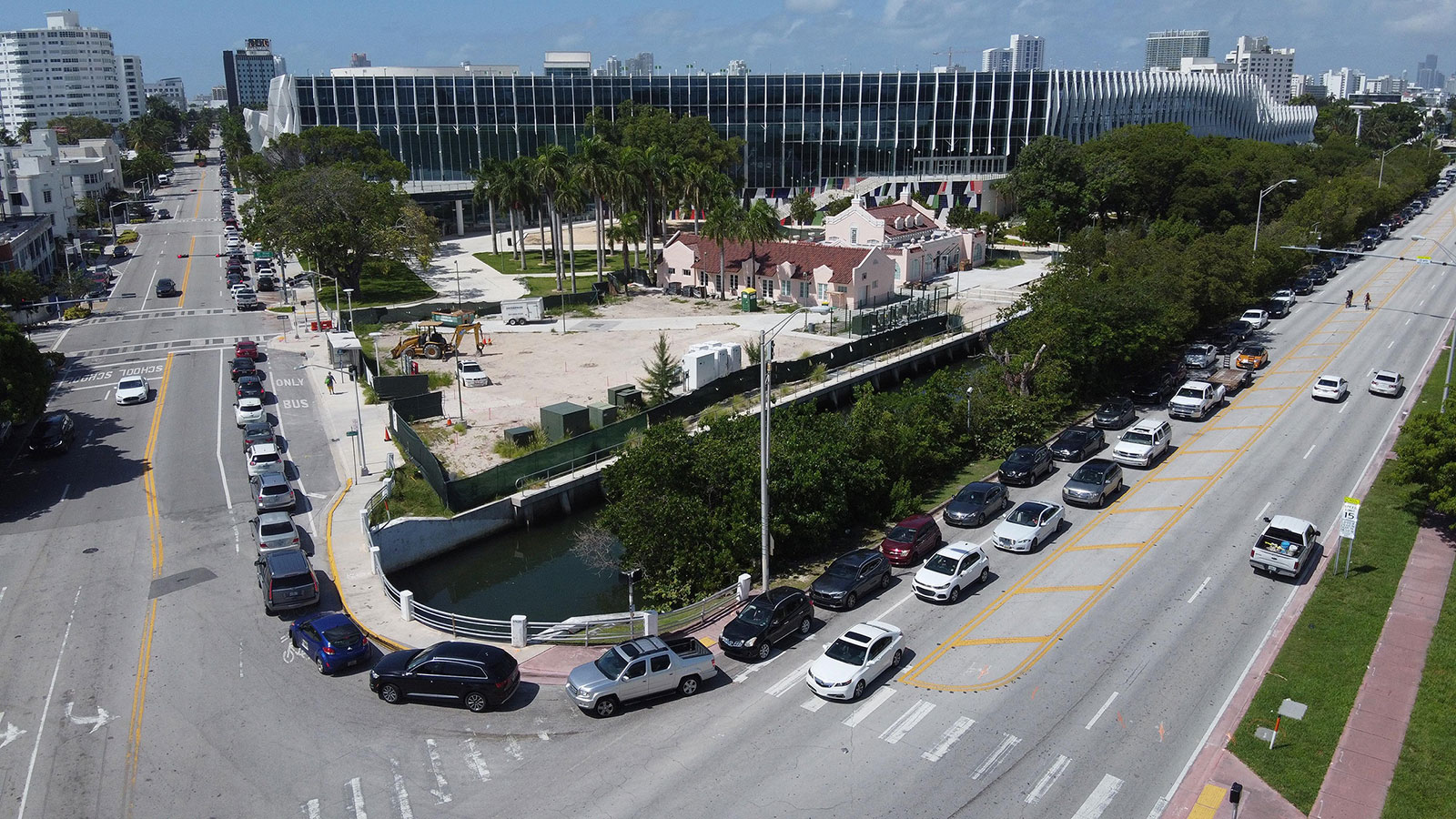 Drive-through and walk-up sites for coronavirus and antibody testing are still available at multiple sites throughout Florida, according to Mike Jachles, spokesman for the State Division of Emergency Management Covid test sites.

During a Sunday press conference, Jachles said that wait times have been “considerably less” this weekend than what was seen last week.

The testing site at the Hard Rock parking lot in Miami Gardens has surpassed 43,000 tests since the site opened at the end of March, Jachles said. It remains open from 9 a.m. to 5 p.m. seven days a week.

There have been upticks in tests over the past week at the Miami Beach Convention Center, Jachles said.

Jachles encouraged those that are both symptomatic and asymptomatic to get tested for the virus.

You could just show up. Anyone that’s 18 or over regardless of whether you’re sick or not,” Jachles said. “In fact, we really want the people that don’t have the symptoms to get tested, that’s the important thing, because of the asymptomatic characteristics of the Covid-19 virus.”

About 1.8 million people have been tested statewide, according to Jachles.

Antibody testing is also available at some sites, with results being given sometimes as soon as 20 minutes, Jachles said. Those tests are through blood draw.

Jachles said that people planning on getting a test through a drive-through site should be prepared to wait by having air conditioning in their car and a full tank of gas.

If people can’t endure long waits, or if they are highly symptomatic, they should contact their health care provider or schedule an appointment at one of the sites that is taking appointments for testing, Jachles said.

Jachles said there is no timetable for ending testing at these sites.

“The word from the Division of Emergency Management is we’re committed to continuing this testing for as long as it’s needed. We have the division of emergency management, before the National Guard, dozens of nurses on site, committed, that have been here for many days working long days and will continue to conduct the testing, as long as it’s needed,” Jachels said.