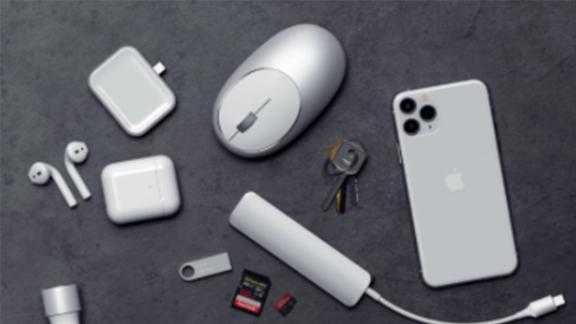 Believe it or not, summer is almost over. Amazon is celebrating the end of the season with its Big Labor Day Sale, going on now through September 7. Snag savings of up to 50% on a huge variety of products, with thousands of items marked down in categories from home to tech to fashion.

We’ve broken down the best deals for you below. Whenever you’re finished grilling and soaking up the few final rays of sunshine over Labor Day weekend, be sure to shop our list for some major savings.

Score big savings on electronics for both work and play.

Dell gaming laptops and accessories are marked down by up to 30%. That includes the Alienware low-profile RGB gaming keyboard ($118.99, originally $159.99; amazon.com), featuring an ergonomic design and programmable keys.

Struggling without access to the office printer? No problem: Select HP printers are marked down up to 25%, including the brand’s popular LaserJet Pro monochrome laser printer ($178.90, originally $298.90; amazon.com). You can also save on Belkin’s eight-outlet power strip surge protector ($16.99, originally $24.99; amazon.com), which has 10,000 5-star reviews and will prevent a voltage spike from ruining your workday.

And if you need some charging power for all your work-from-home devices, take 15% off Satechi products from September 4 through September 7 with the code SATLDAY15. Our pick? Satechi’s highly rated type-C multiport adapter ($69.99; amazon.com).

For listening with friends, check out JBL’s GO2 waterproof ultra portable Bluetooth speaker ($29, originally $39.95; amazon.com), which offers Bluetooth streaming and up to five hours of playtime.

Catch up on your reading with savings on the Kindle Paperwhite bundle ($169.97, originally $189.97; amazon.com), which comes with the bestselling e-reader, plus a power adapter and leather cover. There’s no need to brave a movie theater, thanks to the 4K Fire Stick ($39.99, originally $49.99; amazon.com), which plugs into your TV’s HDMI port for high-definition streaming of content from Netflix, YouTube, Prime Video, Disney+ and more. Did we mention it has 84,000 5-star reviews? Finally, the fifth-generation Echo Show ($69.99, originally $89.99; amazon.com) connects with your other smart home devices to do everything from video calling to dimming the lights.

Everything from plates to woks are marked down, so you can find something for any and all cooking projects.

Select rugs are 15% off, and with up to 30% off hardware, now’s also a great time to tackle home improvement products. Still renting? The uber versatile 3M Command hooks in a classic bronze finish ($12.50, originally $19.99; amazon.com) are a no-damage hanging solution that won’t be an eyesore.

On September 7, you can also take 20% off all OstrichPillow products, including the original, objectively ridiculous-looking but extremely effective pillow ($99; amazon.com), which lets you take a power nap anytime, anywhere.

Save 15% or more on select furniture for every room in the house.

Hiking and camping are great backpacking activities, so go while the weather is still warm! Prepare with savings of up to 35% on outdoor gear and apparel.

Keep your zone crumb-free all season long with savings on name-brand vacuums. Neato Robotics is slashing prices on two of its bestselling models through September 5. The Neato D7 ($599.99; amazon.com) offers up to two hours of power and works with Alexa, Siri and Google smart home devices. For a slightly cheaper model, the D6 is marked down too ($499.99; amazon.com).

Snag discounts on items designed to keep you comfy and cozy as the temperatures drop. The Amazon brand Goodthreads is offering up to 10% off, including on its popular women’s mid-rise skinny jean (starting at $6.72; amazon.com). Daily Ritual, another Amazon brand, is offering up to 35% off; snag the polished yet forgiving women’s stretch woven twill cuff pant (starting at $18.50; amazon.com), which is perfect for working from home without feeling too shlubby. A variety of Adidas socks, shorts, hats and track pants are marked down by up to 10%, while cold-weather gloves are up to 30% off.

In addition to general fashion markdowns, you can get specific deals on major shoe brands like Skechers, Clarks, New Balance, Dr. Martens and Reebok.

We love the fresh colors and molded foam heel of New Balance’s women’s Fresh Foam Cruz V2 (starting at $15.40; amazon.com), and the textured rubber soles of the Dr. Martens unisex eye padded collar boot (starting at $70.86; amazon.com) will be perfect for slushy conditions.