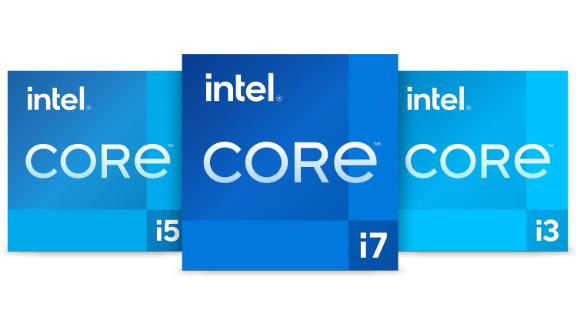 Intel not only has a new logo and jingle, but new processors. The 11th-Gen Intel Core Processors are here and will be arriving in laptops in the very near future.

Essentially it’s the latest and greatest CPU from Intel and will soon power laptops and 2-in-1s from a range of brands, such as Dell, Acer, Lenovo, ASUS and Samsung.

Intel’s new processors have serious competition. Apple announced its made-in-house Silicon processor at its Worldwide Developers Conference back in June, and we should see the first devices running it by the year’s end. Meanwhile, on the Windows side, AMD has made a dent with processors in laptops and 2-in-1s alike.

The focus of all of these is on a more mobile-like architecture, which means efficiency is at the forefront. You want faster speeds that can blitz through low-performance and high-performance tasks with ease, but also a processor that won’t eat up too much power. This way you can still get all-day performance from the battery and increase standby times.

With an 11th-Gen Intel Core chip inside your Windows 10 laptop or Chromebook, you can expect just that. Intel is promising over 20% faster speeds with common office apps — think word processing, spreadsheet number crunching and email. More basic tasks, which Intel classifies as system-level processes, will see a 20% boost. Depending on the exact CPU inside, you’ll see speeds up to 4.8 GHz, which will be pretty darn fast.

Graphics, too, will perform twice as fast when compared to previous chips.

We can’t wait to go hands-on with laptops powered by Intel’s 11th-Gen Core Processor, but these chips also fit in with a broader platform. And that’s Intel Evo, essentially a new bar being set for laptops and devices to meet. It focuses on long battery life, responsiveness and reliability — like the ability to last for a full day of use and to quickly start once you open it up (like, in less than a second).

What about 10th-Gen laptops?

Well, even with 11th-Gen launching shortly, we don’t yet know exactly how it will perform in the real world. And given the timing of Intel’s announcement, with back-to-school season and Labor Day at hand, along with new models featuring the new processor on the way, there are savings to be found on current 10th-Gen laptops, 2-in-1s and multimode devices. Let’s break them down.

The ThinkPad line is one of the longest-standing laptop lines out there, and these are certainly built tough. The Carbon line adds in a sleek build that doesn’t sacrifice portability for durability. This 14-inch X1 Carbon, a 10th-Gen Intel Core i5 with 8GB of RAM, is running Windows 10 Pro and has a 256GB solid-state drive for storage. We especially love the carbon-fiber weave top cover.

Lenovo’s Yoga feels like it was the first multimode laptop. You can fully flip the display all the way around and use it in a number of modes, kind of like the Surface Duo. It’s powered by a 10th-Gen Intel processor and delivers long battery life in a build that’s just shy of 3 pounds.

We honestly love the Dell XPS 15, and you can see why in our full review here. The 10th-Gen Core i7 processor paired with 16GB of RAM gives this plenty of runway for personal, fun and work-related tasks. The design is stunning, with weaves and an overall thin build.

If you don’t care too much about a striking design and don’t need dedicated graphics, this Inspiron 15 features the same 15.6-inch display as the XPS 15 but costs just $479.99. It’s a bit slower, with only a 10th-Gen Core i5 processor inside, but will still be good for most tasks.

What 11th-Gen laptops are coming?

Intel is promising a lot of devices from brands like Acer, ASUS, Dell, Lenovo, HP, Razer, Samsung and many others to be arriving in the near future. In fact, Intel is telling us to expect over 50 this year, and 20 of those will have the Evo promise attached.

Dell has announced that the new XPS 13 and XPS 13 2-in-1 will be its first to feature 11th-Gen Intel CPUs and meet the Evo certification. From the teaser photos, these don’t appear to be a full design refresh, but — as is the case sometimes — what’s under the hood matters more. We’ll be keeping a close eye on Dell’s XPS page, as should you, if you want to know what’s coming.

Intel teased the Galaxy Book Flex 5G during its keynote event unveiling the 11th-Gen line. It will be the first 5G Intel Evo laptop and is another sign of how important 5G is to Samsung. It’s a multimode laptop with a 360-degree hinge and 13.3-inch Full HD touch display with support for the S Pen. We don’t have an exact price or launch time frame just yet, but it will be landing this fall.

We’ll continue to update our list here of both 10th-Gen models on sale (we’re expecting more to get deeper cuts) and new 11th-Gen models as they’re announced and go up for preorder.