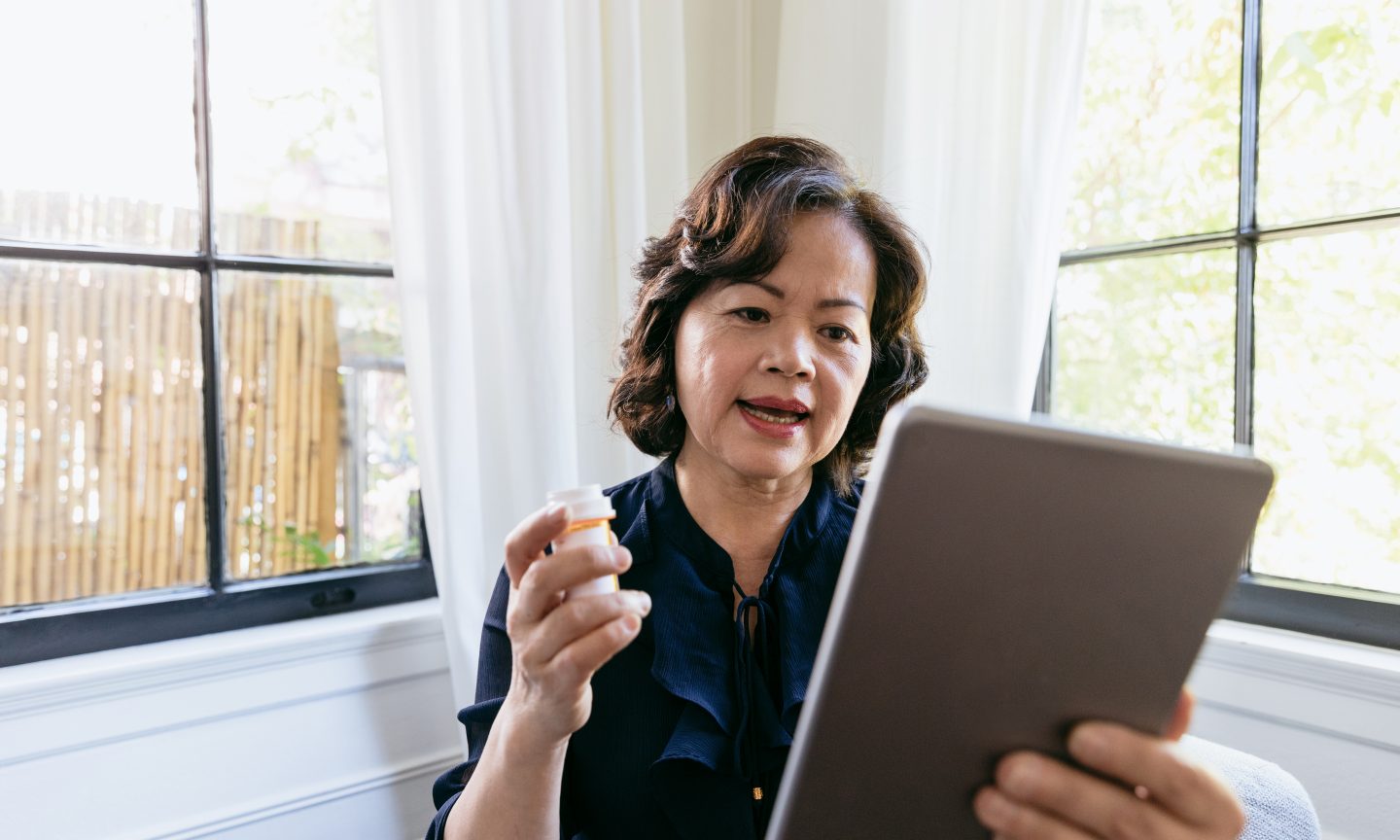 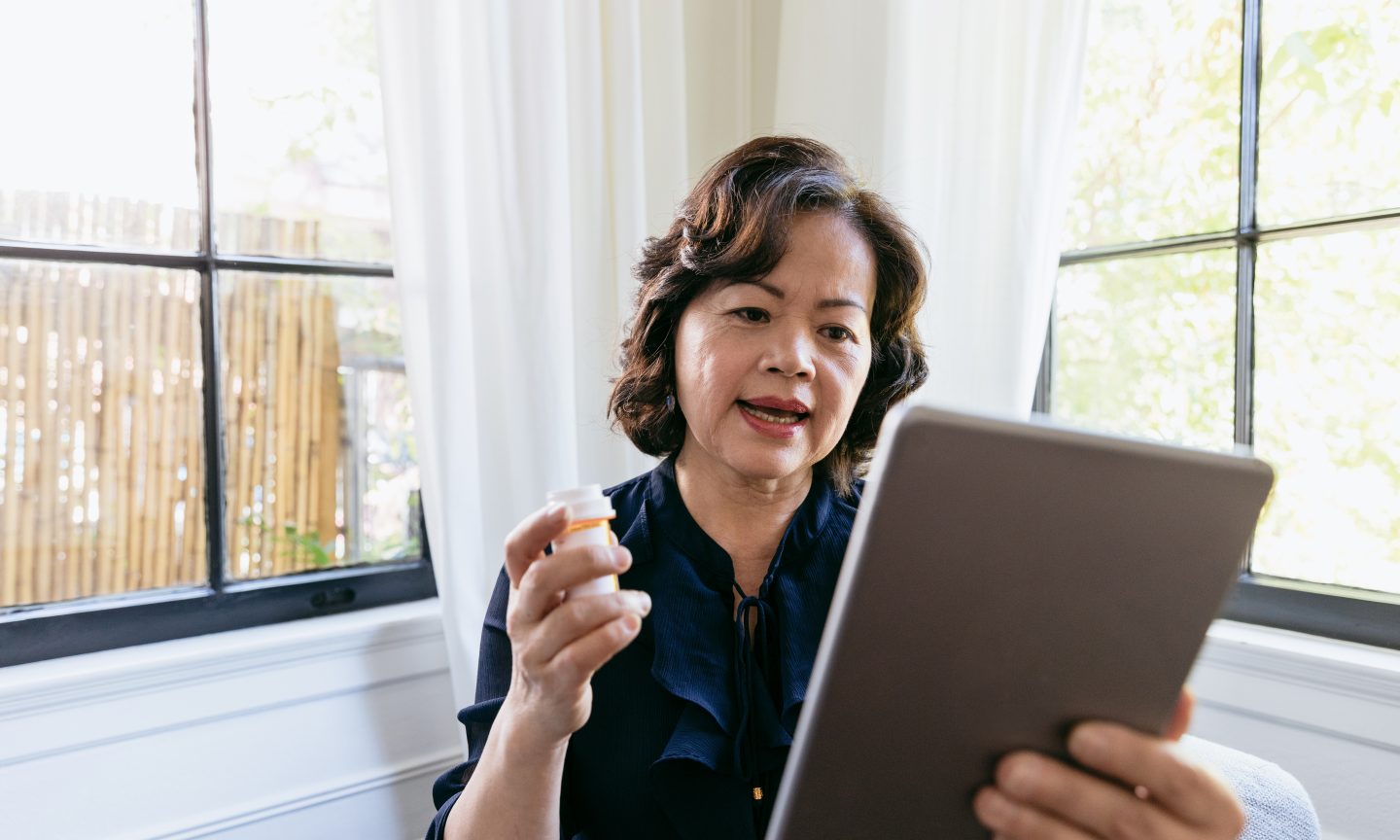 Medicare Part D is an optional program that covers prescription drugs, with federally approved plans offered by private insurers. Most recipients pay a monthly premium that varies by plan, plus co-pays and other potential costs. Introduced in 2006, Part D is Medicare’s most recent addition.

The program is designed primarily for those enrolled in Original Medicare (parts A and B). You can sign up during your initial enrollment period (a seven-month window with your 65th birthday month in the middle). You can also add Part D during the annual Medicare open enrollment period, but you may incur a late penalty.

If you choose Medicare Advantage (instead of Original Medicare), most of those plans include prescription drug coverage. If yours doesn’t, you may be able to enroll in a separate Part D plan.

Different Medicare Part D plans cover different drugs with different cost-sharing structures. “It’s amazing how many people don’t realize that the medicines they need may not be included in their Medicare drug coverage,” says Judith Stein, executive director of the Center for Medicare Advocacy. “You need to check carefully.”

Medicare drug plans cover both generic and brand-name drugs. All plans must meet a standard level of coverage set by Medicare. This means they must all cover the same categories of drugs, such as asthma or diabetes medicines, but plans can choose which specific drugs are covered in each drug category.

Each Medicare Part D plan lists the drugs it covers in what’s called a formulary. This list will likely include both brand-name and generic drugs and includes at least two drugs in the most commonly prescribed categories.  A specific formulary may not include your medicine but may include a similar option. Formularies change from year to year and even within the year, so it’s important to check regularly that the medicines you need are included in your Part D coverage.

You’ll also want to check the insurers you are considering for any restrictions they put on drug coverage. This may include prior authorization before a drug is prescribed, limits on the quantity of certain drugs and step therapy in which generic and lower cost brand-name drugs are required before the most expensive drug is used.

It’s worth noting that Part D specifically covers self-administered prescription drugs. Drugs administered by a doctor during a covered hospital stay, or in a doctor’s office, are typically covered by Medicare Part A or Part B.

If you or your prescriber believes none of the drugs on your plan’s formulary will work for your condition, you can ask for an exception. This option is also available to you if your plan changes and discontinues coverage of your drug.

In addition to premiums, you’ll be responsible for cost-sharing with your Medicare Part D coverage, which can be in the form of deductibles, copays or coinsurance. Depending on how much you spend on prescription medicine, there are also some cost-sharing rules that may affect you. Here’s a rundown of Part D costs.

You will pay a monthly premium for Medicare Part D, which varies by plan. In 2020, the National Base Beneficiary Premium is $32.74, which will give you a comparison point while you shop. If you receive drug coverage through a Medicare Advantage plan, your prescription drug coverage is often rolled into your Advantage plan premium.

As with Medicare Part B, high earners will pay an Income Related Monthly Adjustment Amount (Part D IRMAA) in addition to premiums, ranging from $12.20 to $76.40, depending on income. You can find a full list of additional premium costs on Medicare.gov.

You may also pay a late enrollment penalty if you delay joining when you’re first eligible and you don’t already have prescription drug coverage. (More on that below)

Part D deductibles vary among plans. Some plans have no deductible while the maximum amount allowed is $435 in 2020.

Part D and Medicare Advantage plans with prescription drug coverage almost always charge a copayment or coinsurance for each of the medicines you purchase. The amount varies by plan.

Often Part D coverage uses a tiered cost-sharing structure. This means you will pay a different price for different categories of drugs. In general, you’ll pay more in copays or coinsurance for brand-name drugs and less for generics.

You may face more cost sharing when you hit the Medicare coverage gap, also known as the “doughnut hole.” In 2020 when you and your insurer have paid $4,020 in prescription drug costs, you are then responsible for 25% of all of your medicine costs.

The higher cost-sharing you pay in the doughnut hole continues until you enter into what’s known as Medicare Part D catastrophic coverage.

When you spend an annual total of $6,350 for out-of-pocket costs for your pharmaceutical drugs (not including your insurer’s portion), you will be eligible for catastrophic coverage. When you are in the catastrophic coverage phase, you will pay 5% of the cost of your drugs, or (in 2020) $3.60 for generics and $8.95 for brand-name drugs, whichever is greater. You pay this catastrophic rate for the remainder of the plan year.

Nerd tip: A 5% copay may not sound like much, and in many cases it is reasonable. But you’ll pay this for the cost of your medicines for life. So for someone with a serious illness requiring costly drugs such as non-injectable cancer drugs or treatments for hepatitis C, it can be a burden. Says Juliette Cubanski, deputy director, program on Medicare Policy at the Kaiser Family Foundation: “The very expensive drugs that didn’t exist back when Medicare Part D was introduced get unaffordable very quickly.”

You can enroll in Medicare Part D or a Medicare Advantage plan that includes Part D drug coverage during the initial enrollment period. This is the seven-month period starting three months before the month you turn 65, including your birthday month and ending three months after your birthday month. So if you turn 65 in July, you’ll have from April 1 to Oct. 31 to enroll.

The cost of the late enrollment penalty depends on how long you went without Part D or creditable prescription drug coverage. Basically you’ll pay 1% of the standard Part D premium ($32.70 in 2020) times the number of full months you didn’t have prescription drug coverage. That number is added to your monthly premium. So someone who went 10 months without coverage would pay approximately $3 more.

Keep in mind the national base beneficiary premium often increases each year. When that happens your penalty amount is recalculated and increased using the new base premium.

Special enrollment period (if you qualify)

This is the eight-month period starting at the month after your employment ends or the month after losing your qualifying employer insurance, whichever happens first. You can generally qualify for this special enrollment period if you or your spouse have “creditable prescription drug coverage” when you turn 65.

How Part D works with other insurance

Be aware that if you sign up for Medicare Part D and your spouse or dependents receive prescription drug coverage from your employer or union, they may lose their coverage.

The following types of government-sponsored insurance are considered creditable coverage. If you have coverage from one of these sources, it may make sense to continue with it.

How to compare plans

This interactive tool on Medicare.gov can help find a Part D plan that covers your prescriptions and help you compare costs among Medicare Part D and Medicare Advantage plans available to you.

Some things to keep in mind when comparing plans.

You’ll want to make sure the medicines you currently take and, importantly, any you think you might need in the future, are covered under each of the plans you are considering. Talk to your health care providers before you sign up about what brand-name and generic medicines to look for and any alternatives that may also work in case you can’t find the medicines you currently take on the plans available in your area.

Formularies change frequently. Your insurer should send you a Notice of Plan Change when the formulary changes. Read this document carefully.

Most Part D plans negotiate with a network of pharmacies for the lowest cost. Check to see if your pharmacy or an equally convenient one is in the plan’s network.

If your plan does change, and the change affects the prescription drugs you need, you can switch plans during Medicare’s open enrollment period, Oct. 15 to Dec. 7. Changes go into effect on the following Jan. 1.