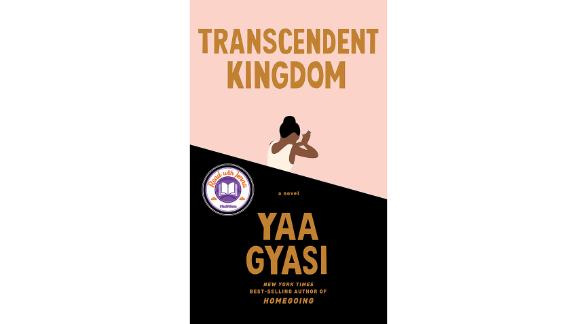 Summer may be coming to a close, but there are plenty of exciting new books to keep you busy as you transition into the fall season: whether you’re looking for a romantic love story to curl up with as the weather begins to cool off or a thrilling true-life spy tale that will keep you on the edge of your seat.

To get you started, we’ve picked out 20 of the most anticipated new books of the month. With exciting new releases from bestselling authors like Nicholas Sparks, Fredrik Backman, Elena Ferrante and Jodi Picoult to debut authors like Asha Lemmie of “Fifty Words for Rain,” you’re bound to find a captivating new story to pique your interest. From “Eat a Peach,” the inspiring autobiography from Momofuku Noodle Bar chef David Chang, to the gripping conspiracy-themed mystery novel “When No One Is Watching” by Alyssa Cole, these new stories will have you turning each page with bated breath.

“Transcendent Kingdom” is one of September’s most anticipated new releases. The story follows a Ghanian immigrant family living in Alabama and their battles with loss, depression, addiction and grief. Gifty is a sixth-year Ph.D. candidate at Stanford University determined to find a scientific explanation for her family’s suffering while simultaneously grappling with her childhood faith and the evangelical church she was brought up in.

Fredrik Backman, the No. 1 New York Times bestselling author of “A Man Called Ove,” is back with yet another delightful tale. When a failed bank robber takes an open house full of people hostage, surprising truths about everyone involved — including the robber himself — are revealed and spark a chain of events no one could see coming.

’The Evening and The Morning: The Prequel to The Pillars of the Earth’ by Ken Follett (available September 15, starting at $15.99; amazon.com)

‘The Evening and The Morning: The Prequel to The Pillars of the Earth’ by Ken Follett
PHOTO: Amazon

Fans of Ken Follett’s “The Pillars of the Earth” will be excited to dive into the series’ new prequel. Set in the Dark Ages of England, the story follows three characters — a young boat builder and his displaced family, a Norman noblewoman who follows her husband into a conflicting new land and a monk who dreams of admiration — and their intertwining tales with a ruthless and power-hungry bishop.

‘When No One Is Watching’ by Alyssa Cole
PHOTO: Amazon

Sydney Green was born and raised in Brooklyn. Now the neighborhood she once knew and loved is being gentrified right in front of her eyes. When she and her neighbor Theo discover that their neighbors who moved to the suburbs may have actually disappeared instead, the thrilling mystery begins. This gripping tale of coincidence and conspiracy is one you won’t be able to put down.

’The Lying Life of Adults’ by Elena Ferrante (starting at $9.99; amazon.com)

‘The Lying Life of Adults’ by Elena Ferrante
PHOTO: Amazon

This coming-of-age story follows Giovanna, a young girl who grows up in the middle-class society of Naples during the 1990s. As she searches in both the upper and lower classes of the city for her own truth, she finds that her new perspectives begin to shine a light on who her family and parents truly are, and the impossible ideals that society places on beauty, behavior and adolescence itself.

’What Are You Going Through’ by Sigrid Nunez (available September 8, starting at $13.99; amazon.com)

‘What Are You Going Through’ by Sigrid Nunez
PHOTO: Amazon

“What Are You Going Through” explores the ever-changing nature of modern human relationships. A woman details various interactions with everyday people only to find one commonality between them all: Each person talks about themselves with a need to have an audience to their experience. But when one person unexpectedly draws her into a transformative experience of her own, she discovers empathy and the unusual ways we help one another through hardship and suffering.

‘The Book of Two Ways’ by Jodi Picoult
PHOTO: Amazon

Jodi Picoult fans rejoice! The bestselling author’s newest novel, “The Book of Two Ways,” is one story you won’t be able to put down. When preparing for her flight’s crash landing, Dawn surprisingly finds herself thinking not of her husband but of an archaeologist and former lover from 15 years ago. After miraculously surviving the crash, she’s faced with the decision to go home to her family or travel to Egypt in search of her long-lost flame in order to reconcile her life’s biggest doubts and secrets. What could possibly go wrong?

’To Sleep in a Sea of Stars’ by Christopher Paolini (available September 15, starting at $14.99; amazon.com)

‘To Sleep in a Sea of Stars’ by Christopher Paolini
PHOTO: Amazon

“To Sleep in a Sea of Stars” is a thrilling new tale that follows Kira Navárez on an out-of-this-world journey. When Kira goes on a routine survey mission to an uncolonized planet, she finds an alien relic. But her excitement quickly turns to terror when an unexpected war erupts among the galaxy. Can she save the Earth from annihilation? You’ll have to read to find out.

‘One by One’ by Ruth Ware
PHOTO: Amazon

When eight coworkers at a trendy London-based tech startup go on a weeklong corporate retreat to a luxurious ski resort in the French Alps, they expect nothing but PowerPoint presentations and team bonding on the slopes. But when a disastrous avalanche hits and cuts off their access to the outside world, relationships and jobs are put to the test. Can they make it out alive? Needless to say, this suspenseful thriller keeps you on the edge of your seat.

‘Eat a Peach: A Memoir’ by David Chang
PHOTO: Amazon

David Chang, the chef behind the world-renowned Momofuku Noodle Bar in New York City and Netflix’s “Ugly Delicious,” writes an honest and vulnerable autobiography that will have you laughing and crying at the same time. His inspirational story of battling mental illness while trying to find his purpose in life, all while unknowingly rising to become one of the most influential chefs of this generation, is an absolute must-read.

“The Thursday Murder Club” is a funny, clever and compassionate story of four unlikely friends living in a peaceful retirement village who hold weekly meetings to discuss unsolved crimes and mysteries. But to their own surprise, the dead body of a local developer turns up and they find themselves at the center of the case. Can they solve it before it’s too late?

This epic tale follows Noriko Kamiza, the abandoned love child of a married Japanese aristocrat and an African American soldier. Nori is left to be raised by her grandparents, who hide her in the attic, abuse her and give her chemical baths in an attempt to lighten her skin — all out of fear that she’ll tarnish the family’s royal pedigree. But when Nori’s half brother shows up, he gives her a glimpse into the life that she could live — one of hope, joy and freedom.

’The Inheritance Games’ by Jennifer Lynn Barnes (starting at $9.99; amazon.com)

When high schooler Avery Grambs is unexpectedly left with a stranger’s billion-dollar fortune, her life is turned upside down — and even more so when she moves into the former billionaire’s house in order to receive her inheritance. Faced with the dispossessed family of four grandsons who still live there, Avery has no choice but to partake in the life-threatening games, riddles, puzzles and codes they play with her. “The Inheritance Games” is one book that will keep you in suspense.

’A Rogue of One’s Own (A League of Extraordinary Women)’ by Evie Dunmore (starting at $9.99; amazon.com)

‘A Rogue of One’s Own (A League of Extraordinary Women)’ by Evie Dunmore
PHOTO: Amazon

In this romantic tale, Lady Lucie and her group of Oxford suffragists are planning to take over one of London’s major publishing houses in order to use it in a coup against Parliament. But when her old nemesis Lord Ballentine offers to hand it over in exchange for a night in bed with her, Lady Lucie fiercely declines, resulting in an ongoing clash between the two. Can one outmaneuver the other without actually falling in love? You’ll have to read to find out.

In a series of insightful essays, Mychal Denzel Smith exposes what the American identity is believed to be, its contradictions and how we as a society can reckon with the events of our country’s past decades in order to move forward as a nation. Smith’s passionate expertise confronts the shortcomings of “the American dream” with honesty and hope.

’Punching the Air’ by Ibi Zoboi and Yusef Salaam (starting at $10.99; amazon.com)

Already a No. 1 bestseller in its genre, “Punching the Air” is a profound story that explores racial injustice, inequality in the criminal justice system and humanity itself. When an altercation ends in tragedy, 16-year-old Amal Shahid is wrongly convicted of the crime and sent to prison. Through his art and words, Amal climbs his way out of despair and anger to try to set his story straight — and take back the freedom that was wrongfully stolen from him.

’The Return’ by Nicholas Sparks (available September 29, starting at $13.99; amazon.com)

If you’re looking for a romance novel that will sweep you off your feet, look no further than Nicholas Sparks’ newest tale. “The Return” follows Trevor Benson, a Navy doctor who is injured in Afghanistan and returns to recover in a cabin he inherited from his late grandfather in North Carolina. There, Trevor finds himself falling in love with the local sheriff all while he uncovers clues to his grandfather’s death, thanks to the help of Callie, a young teenage neighbor. This is one story of secrets, seduction and forgiveness you’ll want to read over and over again.

In this debut novel, when Azere was 12 years old, she promised her dying father that she would marry a Nigerian man. As she grows up, her mother continually tries to set her up with the right one. But after a bad date, Azere has a one-night stand with Rafael, a white man, and things surprisingly turn serious between the two. Can she find happiness with Rafael while still appeasing her Nigerian family, or do their love and her identity have to remain mutually exclusive forever?

This thrilling true-life spy story details the unsuspecting tale of Ursula Burton, also known as the legendary secret Soviet agent Sonya. A dedicated communist, a Soviet colonel and a veteran agent, Sonya was hunted by the FBI, the Nazis and other world organizations in search of her scientific secrets that would enable the Soviet Union to build the bomb. Through diary entries, correspondences and never-before-seen accounts of her activities, Ben Macintyre exposes the secrets that helped her evade capture and the incredible influence she had on the Cold War.

Set in a dreamlike alternate reality, Piranesi’s house is just as puzzling as it is magical. An infinite labyrinth of rooms, halls and statues encompassing a thundering ocean is within. When Piranesi is asked to help another house guest with research into A Great and Secret Knowledge, dangerous and frightful truths are uncovered, revealing a world beyond Piranesi’s comfort zone.