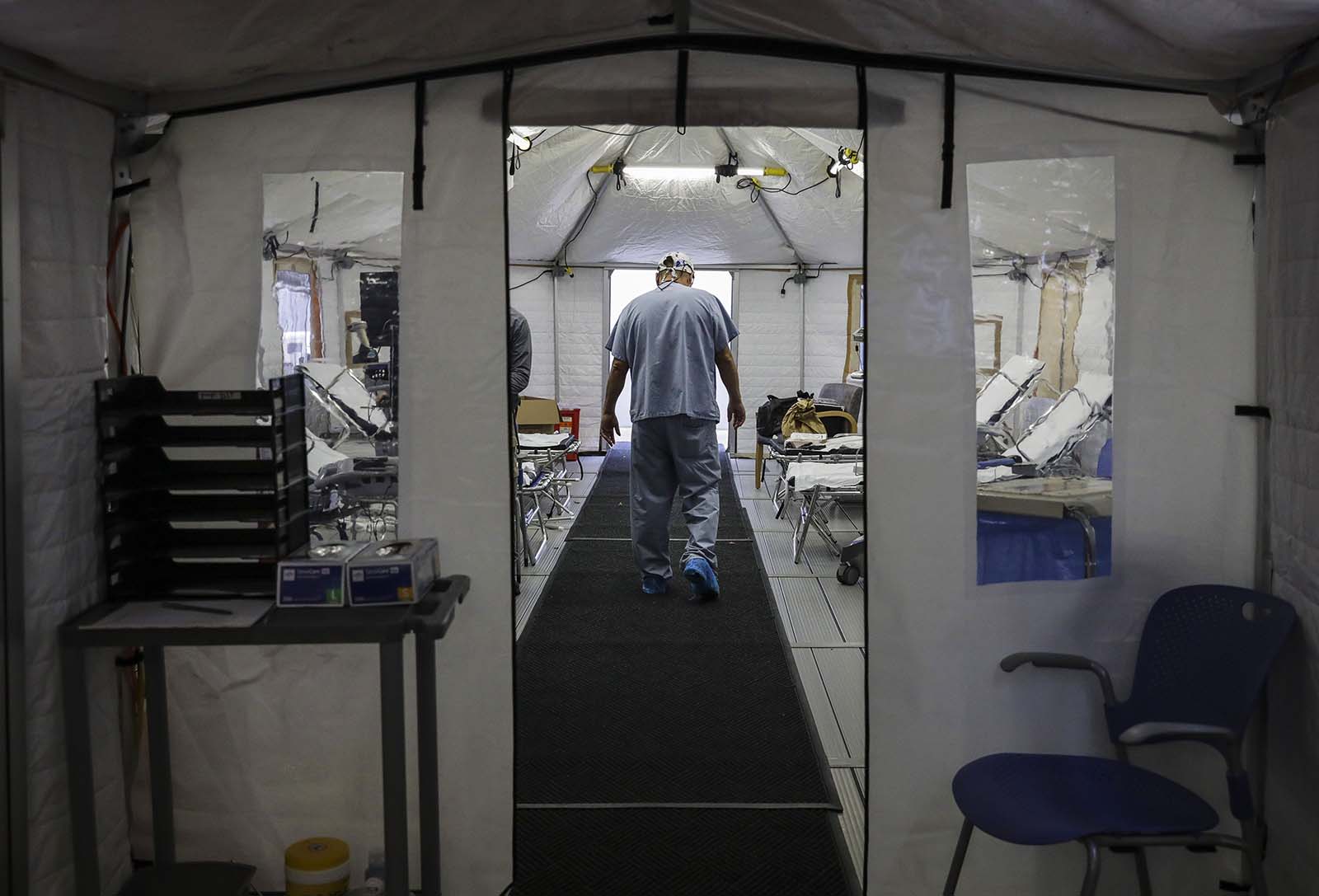 Many states are enforcing drastic restrictions as a surge of coronavirus infections and hospitalizations see the pressure mount.

The Illinois Department of Public Health Friday reported a staggering 15,415 new cases of Covid-19, shattering previous daily case counts. There are also 5,362 people in the hospital, the highest number on record, according to an IDPH news release, with 27 new deaths.

There have been over half a million cases of Covid-19 in the state and more than 10,000 people have died so far, according to the statement. Illinois is currently running a 14.5% seven-day positivity rate.

He said that bars and clubs must close by 10 p.m., and restaurants can only do takeout after 10 p.m. All youth recreational sports will be banned for the time being.

Scott said while there will be no enforcement of the ban on multi-household gatherings, he hopes that residents will abide by an honor system. He said that many outbreaks are being traced back to gatherings like parties or Halloween celebrations. The gathering ban will not apply to religious services, he said.

The restrictions come as the governor announced an additional 84 new Covid-19 cases yesterday, which compares to an average of 25 cases per day last week.

Arkansas Governor Asa Hutchinson announced on Friday the creation of a Winter Covid-19 Task Force as the state recorded a record 2,312 cases in 24 hours.

Hutchinson said at a news conference that this was because the winter months are expected to pose particular challenges for the state.

He said the state is also seeing a record surge of hospitalizations, at 826.

The Governor said 905 people were currently hospitalized with Covid-19, which is over 20% of the state’s hospital capacity. ICU capacity is at 27% and ventilator capacity is at 70%. “This is a very serious situation for our hospitals,” said Ricketts.

The new restrictions including limiting elective surgeries, six feet of separation in gyms, bars and restaurants and a mask requirement for close contact businesses. Ricketts said he chose not to mandate masks because, “I am in favor of educating people.”

The new cases show an increase in all regions of the state as well as all age groups, another tweet said.

The largest increase of cases are in those ages 18 to 29, a 25% increase, and those living in the Acadiana region, a 21% increase, the tweet said.

New York Governor Andrew Cuomo announced during a news conference that he and six other northeast governors will have an emergency summit this weekend to discuss potential new Covid-19 restrictions.

“We believe we are going to have to take additional steps and the extent we can share information and align action, we will do that,” Cuomo said.

Cuomo used the rules for flying into New York state and the requirement to show a negative test as an example of what could be discussed at the meeting.

Track the spread of the virus in the US: