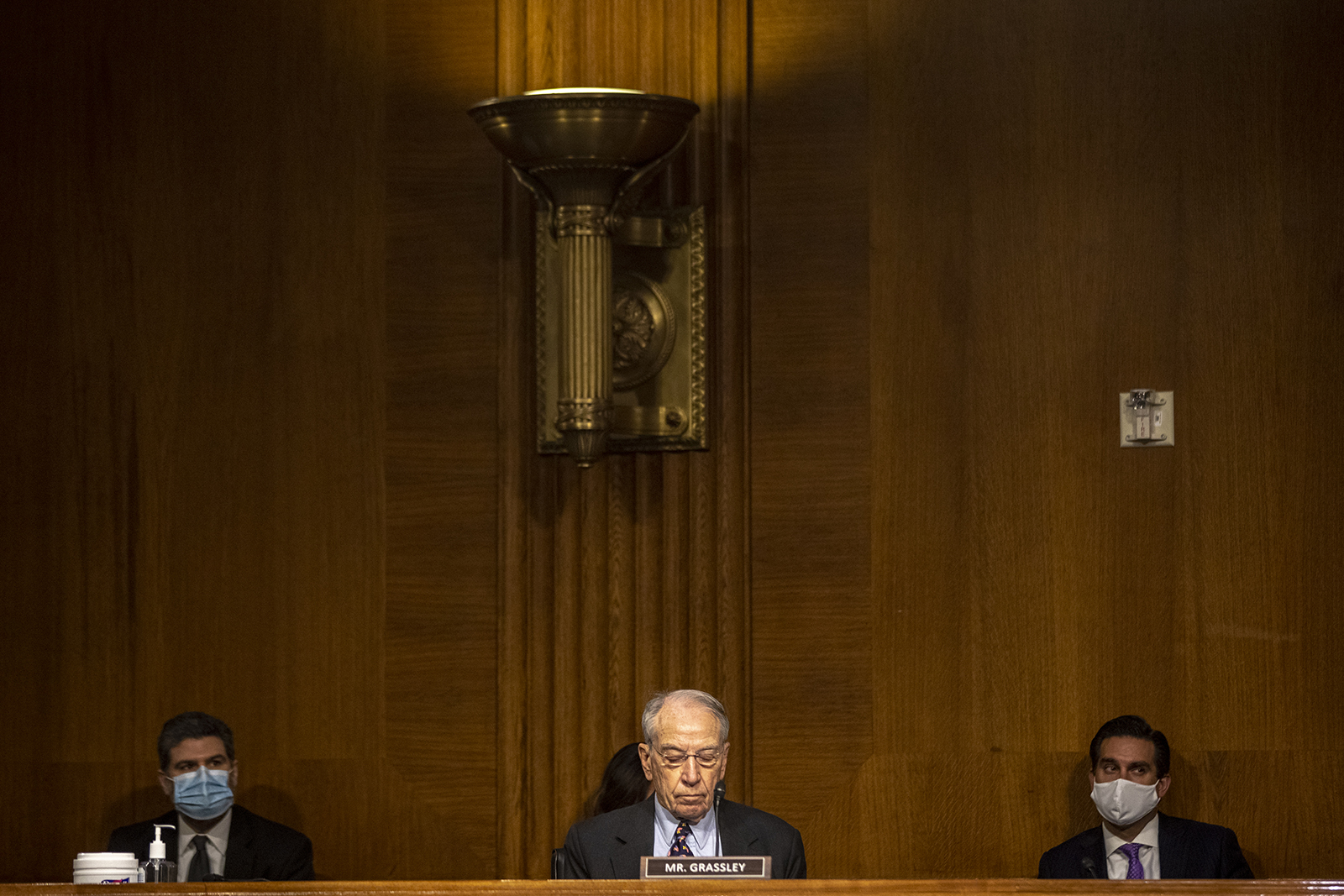 Grassley, 87, was in the Senate on Monday and presided over the chamber as it opened and spoke on the floor as well, removing his mask as he spoke. He went into isolation Tuesday after being exposed to someone with Covid-19.

Earlier his top aide would not say who the person is that exposed the senator to Covid-19.

The aide also said people who have been in contact with the senator have been “appropriately notified” about the potential exposure.

Asked if any of those who attended the meeting will quarantine, Blunt, who chairs the Senate Rules Committee, told reporters, “You’d have to ask them.”

He added that, “I was like, 12 feet away from him at the meeting that’s why we’re in that big room.”

On whether there are there any other precautions being taken, as Grassley presided over the Senate floor on Monday and attended meetings, Blunt said Tuesday, “He did. He did. And he’s been great about wearing his mask and I think great about taking care of himself, and so I think he’s done everything he can… Does everything he could be expected to do to protect himself and the rest of us. People catch this.”

Blunt has advocated for coronavirus testing to be available in the Senate since the summer.

Sen. John Barrasso told CNN that they were “all spread out” at the leadership meeting. He also confirmed Grassley attended the meeting.

Asked if they will have to take extra precautions now since Grassley tested positive, Barrasso, who is also in GOP leadership, told CNN, “Not that I know of.”