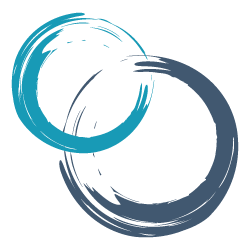 A focus on the framework

Scrum is described as a framework, not a methodology. The Scrum Guide provides just enough prescription to allow Scrum to work and encourages its ‘users’ to be smart, adding practices and other things specific to them on top of the framework as needed to form their process. It provides a mechanism called the Retrospective where the Scrum Team can reflect on what worked and what did not to allow the team to work together to change the process as needed to improve how they work. In fact, Scrum encourages inspection and adaption of both the Product and how the Scrum Team works.

Many Scrum Teams slowly add and remove practices as they seem to help or hinder their work. The Scrum Guide, like a good Scrum Team, has also added content to add clarity or to describe a convention. But unlike a good Scrum Team, it has rarely removed things. With this release of the Scrum Guide, Ken Schwaber and Jeff Sutherland have removed unnecessary content. They have focused on the Scrum Guide as a framework and tried to make it simpler and more focused. That resulted in some things being removed. The following is a list of the majority of removed elements:

Does that mean that these ideas are no longer relevant?

In short, no. Just because they are no longer in the Scrum Guide does not mean that they can not still be usable for your situation. For example, the idea of always having at least one process improvement item from the retrospective in the Sprint Backlog is still a very good idea, however, they are no longer ‘mandatory’ to Scrum. By being less prescriptive the Scrum Guide is more usable and allows ‘users’ to add what works for them, in their context without forcing things that may not make sense for their team or organization.