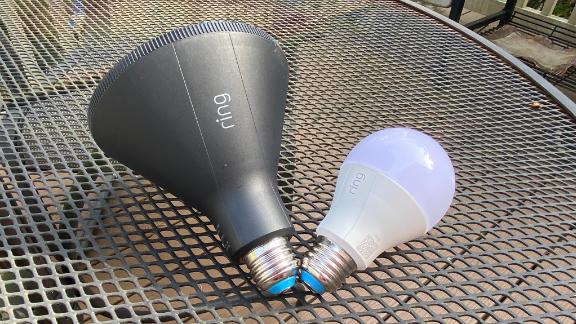 Black Friday is still a week out. But as we’ve seen year after year, deals start before anyone’s even begun cooking their Turkey.

And Amazon wasted to time this year, as we’re already seeing steep discounts on many smart home devices.

Ring, the maker of video doorbells, smart lighting and connected alarm systems has a slew of deals available to shop right now. As we’ve been spending more time at home this year, it might have you thinking about some upgrades you can make.

It might seem simple, but smart lighting is a great place to start. It gives you the ability to turn your lights on and off from anywhere. Ring’s A19 bulbs don’t support color, but you do get a basic white light that can get seriously brighten up a room at 800 lumens.

Our favorite feature is that they integrate with your other Ring devices. For instance, if you have one set up in the front hall it can be triggered by an outdoor camera to turn on. You can even set schedules for the A19 bulb. They’ll connect to your Wi-Fi and the larger Ring ecosystem via the Bridge as well.

Here are all the deals:

If you need larger bulbs for a bigger fixture, Ring also makes PAR38 bulbs with all the same smarts. A two-pack of PAR38 with the Bridge is just $48.99, down from $69.99 at Amazon.

If you’re looking for outdoor lights that can recharge themselves, Ring offers a plethora of lighting solutions with solar power rays built in, a few of which are currently discounted:

It’s important to remember that a single Ring Bridge can support a maximum of 50 lights. If you have more than 50, you’ll need another Bridge. Currently, they’re discounted to just $19.99, down from $49.99.

If you’re looking for a smart speaker, Amazon has savings on select Echo devices as well. The 3rd Generation Echo Dot is just $29.99, down from $39.99. That’s 25% off for a speaker that delivers instant access to Alexa.

The entry-level Fire TV Stick Lite is the cheapest way to add some smarts to your television. Amazon rolled out this entry-point earlier this fall and it’s now discounted to just $24.99, down from $29.99. It plugs directly into the HDMI port on the back of your TV and delivers content at full HD. Like the more expensive Fire TV sticks, this gives you access to thousands of streaming services with the tap of a button.

And if you’re looking for a simple smart TV and are alright with a 720p resolution, this 32” Fire TV Edition fits the bill at $119.99. With the brains of a Fire TV stick inside, you get instant access to thousands of streaming services like HBO Max, Netflix, Prime Video and countless others out of the box.