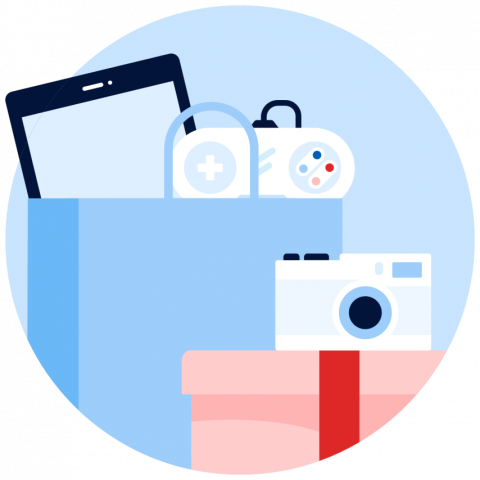 NerdWallet is here to help you win Black Friday, while leaving your budget intact. We spend the time, you save the money. Visit regularly for holiday shopping tips and announcements about your favorite retailers. Black Friday is Nov. 27.

As an Amazon-owned product, the Ring doorbell is sure to appear among the e-commerce giant’s Black Friday deals. However, plenty of other retailers also serve up savings. On Black Fridays past, Best Buy, Kohl’s, Lowe’s and others have discounted the doorbell camera (usually bundled with a speaker from Amazon’s Echo lineup) by as much as $200 or more.

Here’s what to know about this year’s deals on the smart home staple.

What are the best Black Friday Ring doorbell deals in 2020?

We’re seeing a variety of Ring doorbell models on sale. Check out this year’s noteworthy device deals below:

Double down this Black Friday

You could earn an extra 2%-10% cash back this Black Friday – all with the NerdWallet app.

What were the best Black Friday Ring doorbell deals in 2019?

How to decide if it’s worth it

If you’re looking to round out your smart home setup, Black Friday is a great time to save on the Ring video doorbell — and maybe score an extra gadget with the purchase.

But other Amazon sale events throughout the year boast similar deals on the retailer’s devices, Ring included. Amazon sold the Ring Video Doorbell 3 with an Echo Show 5 for $149.99 on Prime Day in October.

How to budget for a Ring doorbell

Ring doorbells range in price from about $100 to $350. That’s a big difference. First, calculate how much you’re reasonably able to spend on Black Friday purchases. Then, decide which Ring model best fits into your budget. You can use the 50/30/20 budget as a guide for working your expenses around your monthly income.