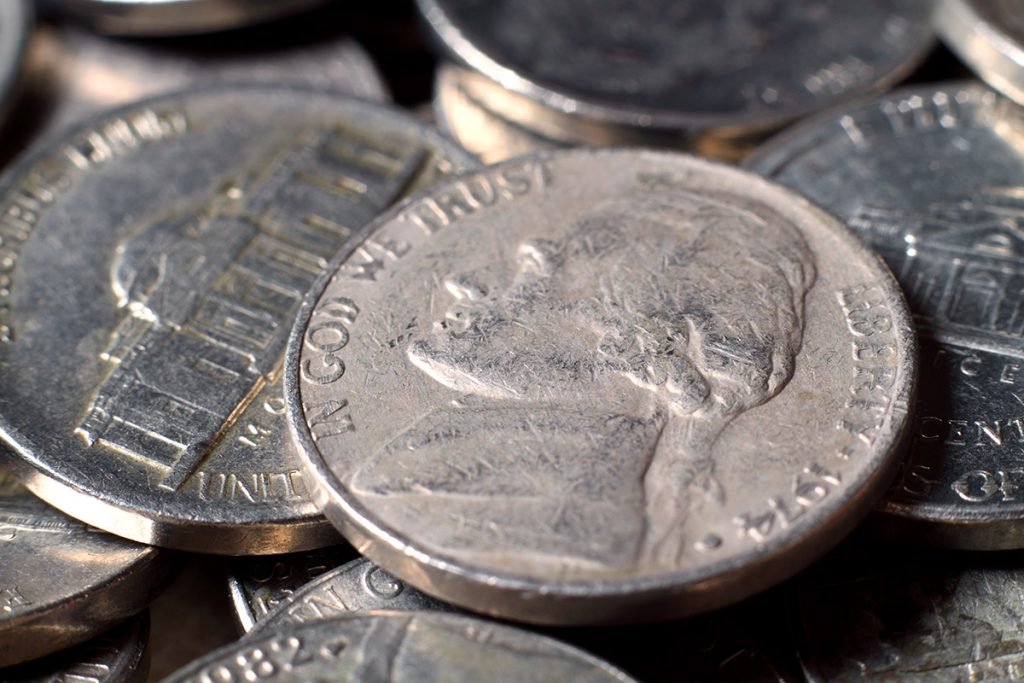 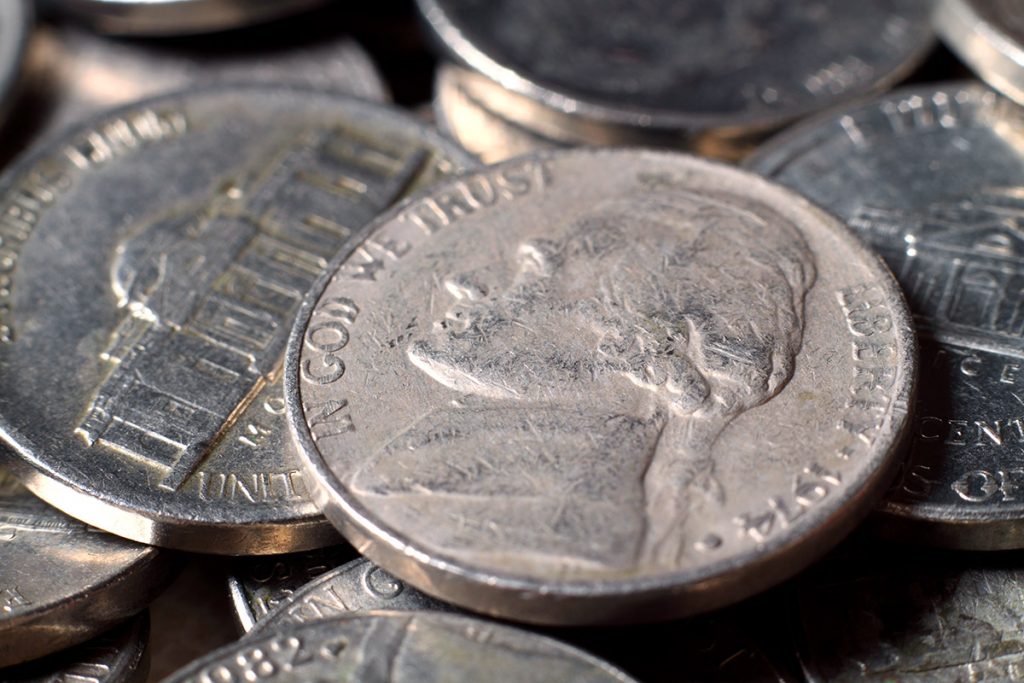 While conventional personal finance wisdom generally discourages hiding your savings under your bed, there’s one way that doing so might be a sound strategy.

Although it’s possible to make money by hoarding pennies or by searching rolls of collected pocket change for coins with high silver and copper content, these methods are tedious and hard to scale.

It’s easy to search through one roll of quarters in search of a pre-1965 coin containing valuable silver, but I’ve found that doing so with all 50 rolls in a standard bank box can take considerable time.

Plus, after you search through the coins, you must re-roll and return them to the bank, which requires additional work.

There must be an easier way, I thought.

And indeed there is: Buy nickels.

The Easier Way to Earn Money With Coins

Whenever you have money to put in savings, buy nickels by the box ($100 each at a bank) and simply put the boxes in your basement, in your closet or under your bed.

Consider American nickels as assets. Their denomination is so small, and their weight so comparatively great, that they are generally not worth a thief’s effort. If your house burned down, they would survive the fire, unlike paper money. Even if they were melted into a pile of slag, they could still be worth every dollar that you paid for them — or even more.

The True Value of Nickels

The common American nickel is made from an alloy of two base metals, nickel (25%) and copper (75%), known as cupro-nickel. Cupro-nickel is valuable for industrial processes such as shipbuilding, as are both nickel and copper individually, and both metals are listed on commodity market exchanges.

Two values of coins (face and melt) provide a unique advantage in investments: a guarantee that you will not lose any money. With $100 in nickels, there is no risk of losing money: You will always be able to redeem your $100 box of nickels for $100.

This advantage is the reason many people have started hoarding their nickels: They’re betting on future increases in the value of cupro-nickel.

Just as the U.S. Mint changed the penny’s composition from mainly expensive copper to mainly much-cheaper zinc in 1982, any changes to the nickel’s composition will mean that new coins will slowly phase out the existing inventory of cupro-nickel coins. Eventually, today’s cupro-nickel nickels could be a rarity sought out by treasure hunters.

The Downside of Investing in Nickels

Of course, as with all investments, there are some downsides. In this case, the main one is opportunity cost, the effective loss you face as a result of not having invested your $100 in an opportunity that would have provided a greater level of financial growth (like a certificate of deposit or an index fund).

Opportunity cost is a risk in any investment strategy, as there’s always the possibility that you could have chosen a more profitable investment — that’s part of the game.

If inflation continues to increase and metal prices fall, the $100 face value of your nickels will have less purchasing power as the years go by.

Another drawback to collecting nickels is their size and weight. A standard $100 box weighs 10 kg (each nickel weighs 5g) and is about the size of a large brick. If you’re collecting a large number, they’ll quickly start to take up space in your home.

Finally, there’s the small detail that legislation makes it illegal to melt down U.S. coins in the United States or to export more than $100 worth of coins.

Will You Become a Nickel Hoarder?

Despite the drawbacks, many people are building their own stockpiles of nickels, and there are no laws against collecting coins and then selling or trading them with other collectors.

For more information and further discussion, you may want to explore the advice offered on forums like Realcent.org.

Owen Ferguson is a contributor to The Penny Hoarder.